← more from
Morr Music
Get fresh music recommendations delivered to your inbox every Friday.
We've updated our Terms of Use. You can review the changes here. 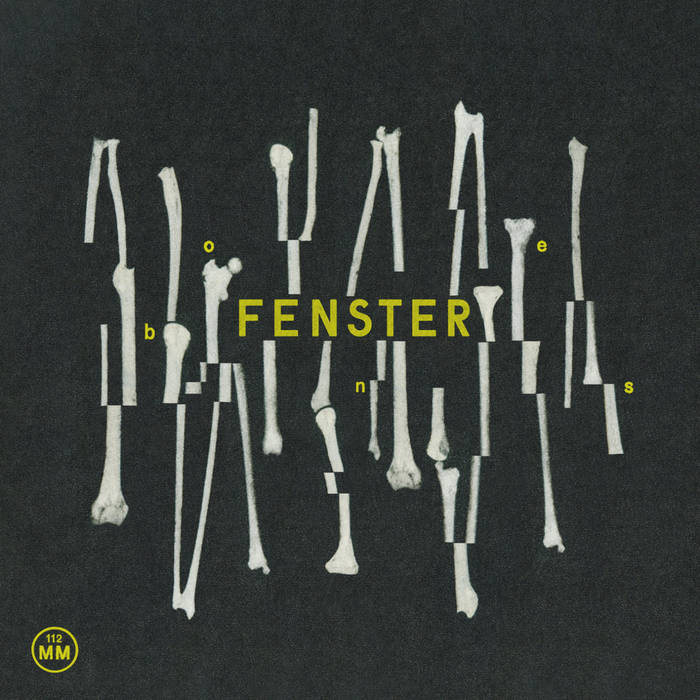 Futuristic nostalgia with minimal percussion and echoey guitar riffs with a lyrical bent towards the macabre dada world of dreams.

FENSTER, a duo of New Yorker-turned-Berliner JJ Weihl and Berlin-born Jonathan Jarzyna, that plays de-constructed pop music, layering subtle distortions, melodic chords and city soundscapes under dream narratives. Their sound and recording style has analog warmth, exploring the relationship between machine errors in their circuit bended beats and the tactile use of objects and instrumentation. Their influences range from the Velvet Underground to, the sounds of broken records, the hum of a washing machine, or the faint melodies of oldies tunes through their kitchen radio, at times, reminding you of an American version of The XX.

The band’s name springs from an ominous incident during the recording of their first album: a window shattered on JJ’s head, bestowing her with a bump and the name FENSTER. Their debut album BONES (2011) takes its narrative structure from the associative logic of dreams, weaving morbid imagery and playful fairytales together into a sardonic play against backdrops of dark forests, train rides, graveyards, mountains and seashores.

The album starts off establishing most of its musical themes in the first half of the tracks, introducing characteristic elements such as stripped down percussion, reverby vocals, slamming doors and dynamic song structures. Starting off with the classic lo-fi pop ballad “Oh Canyon”, the album dives into moodier tracks like “The Hunter” or “Gravediggers”, pairing synthesizers with banjo, and integrating shovels and batteries as percussive instruments. The first half gives away as much as it withholds, managing to unfold further in more manic directions as the album progresses.

The second half of the album begins with the suicidal sea ballad, “Fisherman”, a song based around a randomly generated rhythm, incorporating electric guitar, glockenspiel and zither that culminate in a four part harmony underscored by drums recorded in a freight elevator building up to the final moment in which the guitar sonically drowns. In “Killer Surf Walker”, a pastiche of 50s surf rock, a slide guitar is paired with an old out of tune piano, and a recording of a beach in Brooklyn at sunset.

Lyrically, the album touches on everything from Schadenfreude (Oh Canyon’s “I’d stop the world to watch you fall/I love it when you’re low), to nostalgia about the beginning of ones adult life and the
illusion of invincibility and permanence (Fantasy II’s “We found our own place, making money for the first time/We burned the days away sitting pretty on a landslide) to vivid imagery of death, murder, and fallen kingdoms in “Blue to White”, “Killer Surf Walker”, and finally “Gespenster, the last track of the album which ends with an explosive 8 part harmony.
FENSTER’s charm and inimitability comes in the form of collage; hungry to integrate their vision of the future with the sound of the past.